One of the most recent (and controversial) directives President Trump has issued regards reforming large chunks of the Dodd-Frank Wall Street Reform and Consumer Protection Act (more simply called Dodd-Frank). One aspect that’s under his radar is the fiduciary rule that would more strictly govern investment advisors and Wall Street in regards to retirement plan investors. However, if you already self-direct your IRA, you have nothing to worry about. Will the Dodd-Frank Act effect your IRA? Read on to find out.

What is the Dodd-Frank Act?

Obama signed the Dodd-Frank Act into law in 2010 in response to the Great Recession that was precipitated by the financial crash of 2008. The crash was facilitated by the astronomical number of 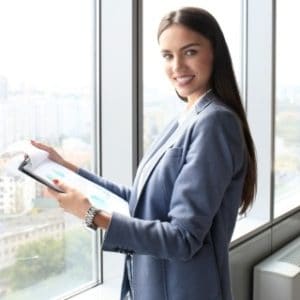 sub-prime mortgage defaults that began in 2007, which in turn morphed into a full-on international banking crisis that culminated in 2008 when Lehman Brothers crashed and pretty much burned. Dodd-Frank calls for stricter oversight of the regulations that govern the financial industry in an effort to keep America from finding ourselves in that position again.

Two (of the many) things that happened as a result of Dodd-Frank were more stringent requirements for individuals seeking mortgages and the creation of a policy called the fiduciary rule. The fiduciary rule is meant to protect retirement planning investors—requiring brokers to give advice that’s in their clients’ best interests instead of that which would generate larger profits for themselves.

So, Will the Dodd-Frank Act Effect Your IRA?

The part that most affects your IRA would be that fiduciary ruling. If this regulation is indeed rolled back—will you be able to trust your investment broker to make decisions to invest your money in things that will successfully grow income for your retirement? Or will brokers have greater ability to point your investing funds in the direction of assets that will line their own pockets instead?

And, here’s another thing. Many people are afraid the roll backs of financial regulations may very well bring back that Wild West climate on Wall Street, with the risk of other people controlling the “game.” The stock market is unpredictable to begin with; who needs additional uncertainty (anxiety)?

Now, we aren’t here to align ourselves with one side or another. Regulation is good and absolutely necessary. But, strict rules can sometimes be too confining and prohibit growth. It’s hard to tell whether these potential changes will be good or bad so we’ll leave those predictions to someone else. However, we aren’t too worried about it. In fact, the majority of our clients at Advanta IRA aren’t too worried about any roll back on fiduciary rules. Why? Because they don’t depend on brokers to make their investing decisions for them. Our clients self-direct their retirement plans—which means that they call the shots in deciding how to invest their own retirement funds.

Have Questions? Schedule a Consultation >>

What is a self-directed IRA?

Self-directed retirement plans give owners complete control over their own investing funds and decisions. There is no broker who is required to recommend assets they sell. Our clients are not bound to invest in the typical Wall Street stock, bond, or mutual fund. They are able to take on many different alternative investments to build retirement income.

The structure of self-directed IRAs and other plans is designed so account owners can invest in what they know best. You can also invest at a pace that best suits your own needs and desires (as opposed to those of a broker). And, with an incredibly large pool of alternative assets to choose from, you may find it easier to meet your retirement planning goals by investing in things you know and understand.

Now, while the alternative class isn’t foolproof and can often be affected by stock market performance and/or the economy, there are assets available—such as real estate or gold—that can help offset market upheavals and economic stress. Other alternative assets include private mortgages and notes, futures and forex trading, private placements, private stock—and much, much more.

And this is good news, if you’re concerned about the relaxation of the fiduciary rule. Because, it means that you have choices. You are not bound to depending on any third party making vital decisions for your retirement account. Furthermore, you certainly aren’t bound to invest in the traditional stock, bond, or mutual fund.

Instead, you can break out of that Wall Street box and take control of your future by opening a self-directed IRA or other plan. And, if you’d like to learn more about how to do that and the freedom you’ll gain by doing so—call Advanta IRA today.

If you have questions about this article and want to learn more about alternative investments in your self-directed IRA, call us at (800) 425-0653 or send us a message.

Our offices will be closed Monday, July 4th for the holiday.