Have you ever wondered why there is so much speculation revolving around the stock market and investing during presidential election years? It’s important to keep calm while investing. But, often, that’s not the case. Not only do people reconsider their current investments before the election takes place, they prepare themselves for the affects of post-presidential election investing—because these elections can and often do cause Wall Street to stall.

And, we aren’t just talking about Americans, either. The tension spans across the globe because the economy of 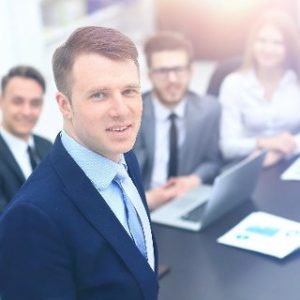 the United States affects the entire world. People of all parties, and everyone who invests, get a bit squirrelly in anticipation of how the stock and futures markets will react if this or that candidate wins. The same goes for just about every asset sector, from real estate to forex to penny stocks, with everyone on edge regarding how to go about post-presidential investing.

Not to mention, the pressure many investors feel leading up to the election—worrying about whether they should dump this stock or that, scoop up a quick pile of gold, or go ahead and sell that piece of property and stash the cash in the mattress. It’s the same scenario played over and over. It’s hard to keep calm while investing.

Kiplinger published an article in February 2016 that states: The stock market has, for the most part, ebbed and flowed with the four-year election cycle for the past 182 years. Wars, bear markets and recessions tend to start in the first two years of a president’s term, says The Stock Trader’s Almanac; bull markets and prosperous times mark the latter half. Since 1833, the Dow Jones industrial average has gained an average of 10.4% in the year before a presidential election, and nearly 6%, on average, in the election year. By contrast, the first and second years of a president’s term see average gains of 2.5% and 4.2%, respectively. A notable recent exception to decent election-year returns: 2008, when the Dow sank nearly 34%. (Returns are based on price only and exclude dividends.)

This explains some of the cyclical drama. You’d think we’d be used to it by now. Seasoned investors, like the revered Warren Buffet, don’t even blink. But, the rest of us have not amassed our billion-dollar fortunes yet. So, yeah, we tend to get a bit frantic. Anxiety spikes higher in election years than during the usual dips and turns of the markets because even though the markets tend to bounce back fairly quickly after elections—historically, we’ve come to expect the lows in the days following the presidential seat changing hands.

The months leading up to the 2016 presidential election were no different in terms of absolute uncertainty. In fact, experts predicted that a win by Donald Trump would cause the stock market to lose trillions, some citing a 7% dip—although a Clinton win was projected to cause a 4% increase in returns. But, the formidable forecast of Trump winning was enough to make a large number of people dump all their stocks before November 8.

Donald Trump’s win surprised many people, but the biggest surprise was what the markets did in the days after November 8. Instead of losing trillions, much less even dipping for long at all, CNNMoney reported the following on November 21: The S&P 500 climbed to all-time highs on Monday, notching its first record close since August. The index is now up nearly 3% since Donald Trump’s election. The Dow also hit a new high, taking it closer to the 19,000 level. The Nasdaq, which struggled initially after the election, also rose to a record high on Monday, its first since September.

For investors like Mr. Buffet, who held onto their stocks instead of frantically selling them, well, they reaped the benefits of the markets’ upswings. Berkshire Hathaway, Inc. experienced it’s best month this November in six years and its stocks are currently selling at a record highs.

So, let’s continue using Buffet as an example of the point this article is leading up to. (Because, why wouldn’t we all use a successful investing billionaire as the pinnacle of all we want to become?) His company builds revenues with assets that represent our economy, including but not limited to transportation (cars, railways, airlines), electricity, furniture, newspaper, and institutions such as Wells Fargo and American Express. Some of these products are sold through subsidiaries of Berkshire Hathaway; others they own stock in—but either way, this value-based investing strategy has proven wildly successful for Buffet and his fellow investors.

What’s important to glean from Buffet’s success is that diversity is essential. Investing in something you know and understand can be key. Having the ability to stay calm and invest on in times of uncertainty is probably truly a gift—but is a quality we should all strive to reach. He is also one who advises to keep calm while investing–advice we should all heed.

Perhaps that calm is found as a result of the diversity in your retirement portfolio. If you are heavily invested in the stock market, you probably will freak out each and every time it drops like a rock. But, if you hold other assets that can help offset those losses you probably wouldn’t worry so much. You certainly wouldn’t “lose it all” on one investment if you have true diversity in your portfolio.

For example, as we write this article, healthcare stocks suffered a tremendous downturn on December 7 after Trump was named Person of the Year by Time magazine in which he reiterated his goal to lower drug costs. But, on the same day, technology and transportation posted considerably healthy gains, giving the markets a boost. Here you have several entirely different assets performing dramatically differently, and some helped offset the losses of another and perpetuated the upswing the markets have shown after Trump’s win.

So, the main take-away you should grasp regarding post-presidential election investing is actually two-fold. Diversity in your portfolio is critical to the success of your investing goals and knowing you have different assets that can hopefully balance the others out during tough times will help you keep calm while investing.

To achieve this, talk to your financial advisor and find out how you need to allocate your investing funds across a group of diverse investments. You may decide on a certain percentage in stocks and/or bonds, a bit more on real estate, some on gold…and so on.

If you have the typical traditional retirement account or 401(k), you may have to rely on the broker who manages that account to choose investments for you. However, you can also open a self-directed retirement plan and give yourself the freedom to invest in assets that you personally know and understand. These plans are used by individuals who want control over their investing choices—and self-direction opens the door to an incredibly large pool of alternative investments (like real estate, precious metals, LLCs, private lending options and much more) that have the potential of producing returns at a faster pace than the average stock, bond or mutual fund. The alternative asset class offers true diversity in self-directed plans and can present many golden opportunities to reach your post-presidential election investing goals.

Advanta IRA is a self-directed retirement plan administrator serving clients across the nation who control their own investing funds and decisions. With decades of experience and over $700 million in client assets, Advanta IRA is considered a leader in the self-directed plan industry. Contact us to learn more.