Sometimes contribution limits change, but sometimes they don’t and the factors are based on a few boring 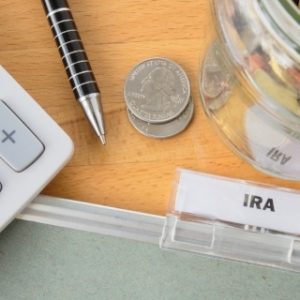 statistics like inflation and such that we aren’t going to bother you with. Why? Because all you really need to know is what the contribution limits are for 2017.

The annual contribution limits for both traditional and Roth IRAs hold steady this year (as they have for the past five years and counting) at $5,500 with a catch-up allowance of $1,000 if you’re 50 or older.

But, smile anyway because the IRS has given a little caveat here regarding both plans and phase-out limits.

Be advised that if your income exceeds the requirements for a tax-deductible contribution, that’s ok! You can (and should) still make a contribution to your traditional IRA, but it just won’t be a deductible event.

So, there you have it, folks. Even if the contribution limits haven’t changed much or at all, be thankful you’re able to contribute to any of the plans above. Saving is sometimes quite challenging and every dime we are able to sock away counts!

A little lagniappe: All of the above plans can be self-directed. Self-directed plans allow owners to choose their own investments to build income on a tax-sheltered basis. You gain control of your investing funds and the freedom to choose from an incredibly large pool of alternate assets that can boost the income in your portfolio.